How is June almost over already? Here are a few things we've been up to... 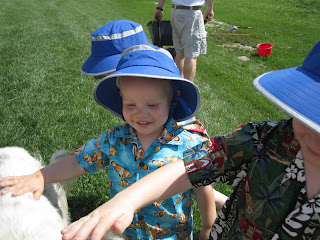 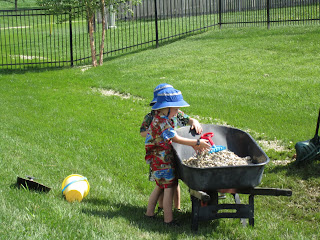 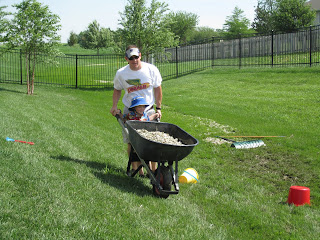 Taking a break under the shade of the deck 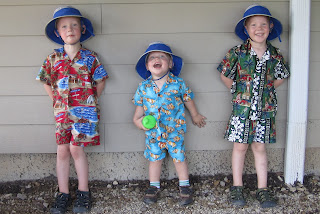 Getting ready to go to VBS 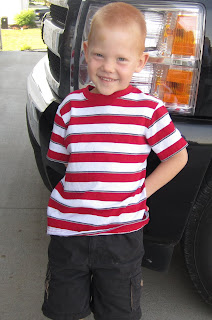 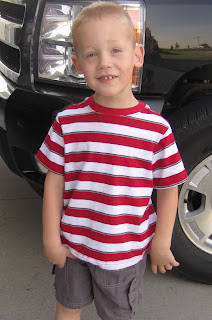 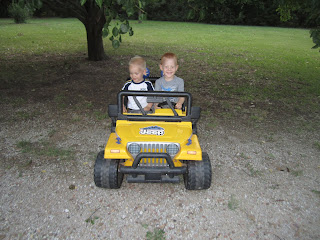 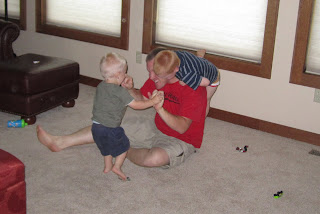 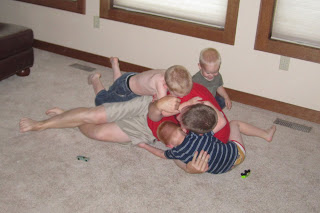 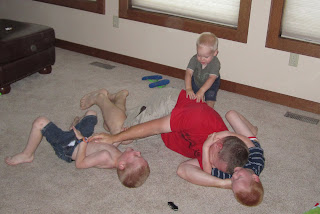 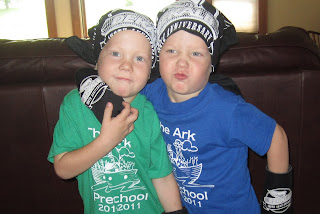 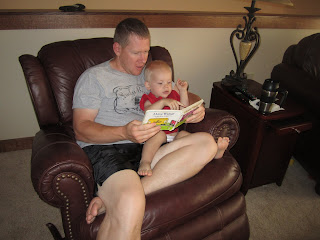 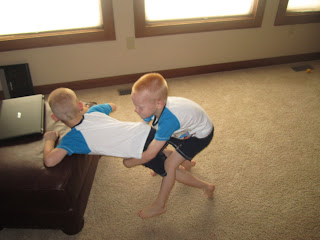 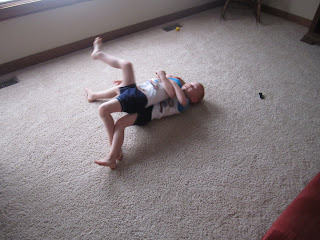 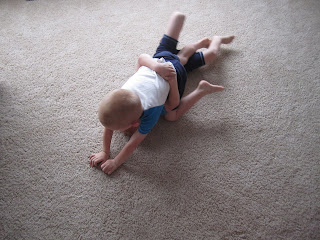 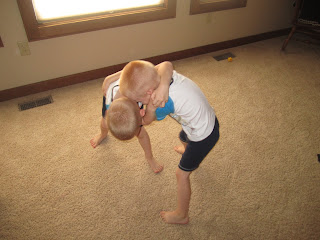 Smiling sweetly for the camera 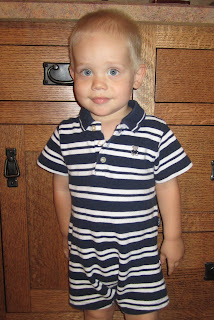 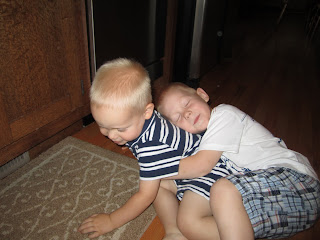 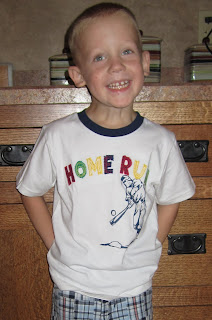 To add to my last post, these past few days have made me realize a few things:

*I must hold and carry sweet Luke a lot. He has spent a good portion of his days walking around with arms up saying, "Peez? Peez?"

*I am not ready for those days to end with him!
Posted by Diane at 7:12 PM No comments:

I don't even know where to start

The past 4 days have been crazy, wild and exciting to say the least. Exhausting. Did I also mention exhausting? I really don't have many pictures to account for it. Wednesday morning found Jereme and me in Salina for me to have a complete hysterectomy. I apparently breezed through all the pre-op appts without much consideration to exactly how long and rather painful of a surgery this was going to be...but approximately 1026 am, I woke up in recovery and got a QUICK lesson.

I was in excellent care and actually felt compelled to send Jereme on back home to sleep in his own bed. My folks came up to stay with the boys. My parting words to him after several friends graciously offered up their homes in Salina were, "go to their houses or go home but just GO and get a good night sleep!"

Apparently, God had other plans. Jereme drove through a CRAZY storm and had to take several different paths b/c of tornado warnings directly in front of him. He finally made it home. I was just dozing off about 1130 pm when my neighbor called frantically b/c their basement was flooding. I quickly called Jereme who told me, "we have a helluva problem, Diane, I can't talk."

Long story short, SmallTown, USA experienced a Flash Flood on Wednesday night...something like 4.5 inches of rain in 30 minutes, eventually around 10 inches in just a few short hours. Thank God my folks were here (although I am not sure *they* were thanking God! Ha!) and mom and dad were able to help Jereme keep the water coming in to the unfinished part of our basement. Jereme also got to bucket out water from our egress window in the storm. Our damage was very minimal...the flood knocked out our ornamental iron fence but so many more lost so much more, virtually everything, so we are thankful.

Did I mention, prior to that, Jereme and my folks had to snatch the kids out of bed for a "rotating cloud" hanging right on top of SmallTown? Did I also mention that Salina was in a tornado warning and we had to be evacuated to the shelter? Did I mention that I had a cathedar and no one tied the back of my gown before racing off to get other patients so I was left to decide whether to let go of my balance pole/pee bag stand or cell phone in an effort to maintain a shred of dignity and not let my entire bum be exposed to God and everyone? Well, that decision was made easily enough...for crying out loud any woman who has experienced childbirth knows you only THINK you have a shred of dignity left. So, I kept a hold of my pee bag pole and cell phone and did my best to not send anyone over the edge with my open gown.

So, on this quiet Sunday night, I pray the week ahead only holds "boring" pictures of my kids doing random things for this blog!!
Posted by Diane at 8:57 PM 2 comments: