New playhouse from Poppa and Mimi... 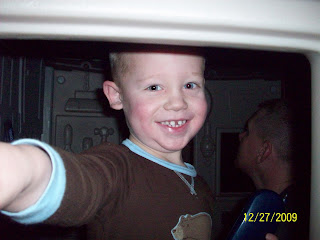 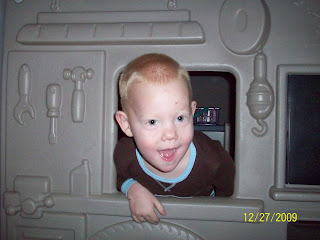 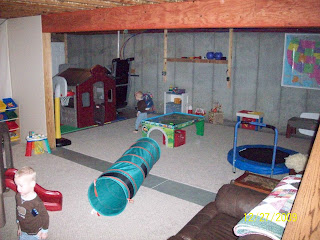 Jereme getting his workout...both boys weighing in about 35 lbs 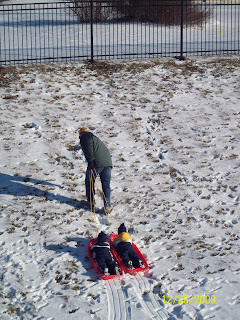 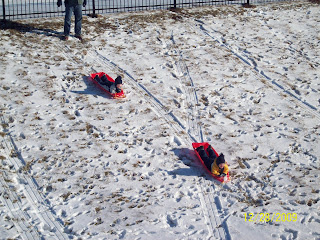 Luke trying out cereal for the first time 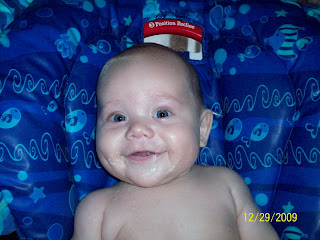 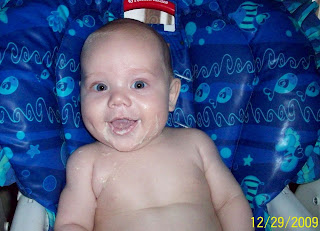 You just never know what might be going on around here... 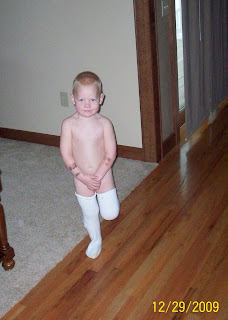 Leaving you with a smile from sweet boy... 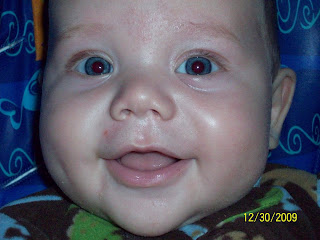 How did a month get away from me without updating the blog? Oh wait, let me think about that for a few seconds...what have we been doing? I am sure there is some good reason...wait, it's coming to me...oh that's right...how could I forget...WE MOVED! Yes, again! Although, we are sincerely hoping and praying this is our long-term move.

Took the boys to the KSU game last night. I know this sounds insane but it is WAY easier to take 3 boys to the ball games (football and b-ball) this year than it was to take just the twins last year. They have grown up so much this past year. Isaac made 4 laps around the concorse tonight. Jorden needs to step it up as he only got 3 laps in before we left. Luke was perfect, of course! And, I had the pleasure, at one point in the evening, of dueling poopers in the stadium bathrooms. That's an experience that everyone should get to enjoy.

I hope to get back in the habit of blogging. The boys are hysterical right now with the things they do and say. Isaac's favorite new word? Never. That's right, never. Such as "never tell me no, mommy", "never do that, Bubba", "never make me take nap, mommy", "never get the 'pankin 'poon, mommy" (did you catch that one?). He says it with such conviction that it is mighty difficult to maintain a straight face. And, Jorden, oh sweet, stubborn, becoming increasingly defiant Jorden loves to repeat his momma. Bonner is now referred to as "that idiot dog" by that little boy after his momma hollered that at him when he ran off at our new house. Seriously, though, it could've been a lot worse than that considering the recent weeks...guess I am thankful that's the phrase he chose to repeat as opposed to the many others that have been uttered around here.

I'll leave you with some pictures from the past few weeks. I'll write it out in black-and-white now b/c I will attempt to seriously repress the move week somewhere deep in to the recesses of my mind. Hopefully, it will get tucked away with things like the insanity of the first weeks of life with twins, breastfeeding, latrine duty at Girl Scout camp and other items that I try to forget. Let's just say with 12-14 inches of snow, artic cold air and three sick children, move week is now fondly referred to as the move from hell.

Move Day! We were waiting for the semi to arrive that morning! 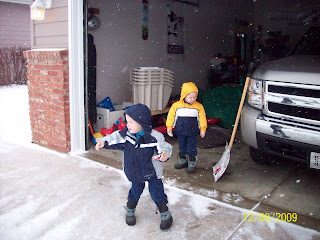 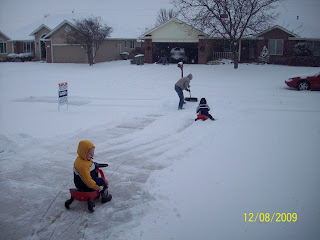 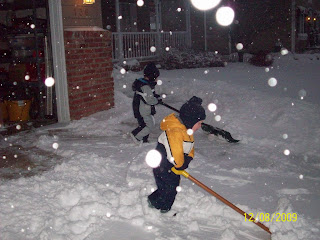 This could be my new best friend...he came over and played with the boys for 1.5 hours while I worked in garage. 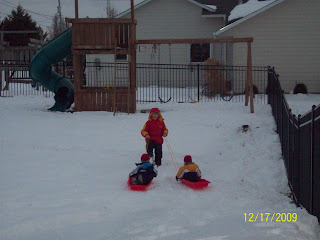 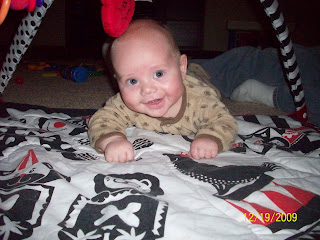 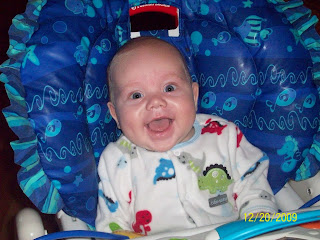 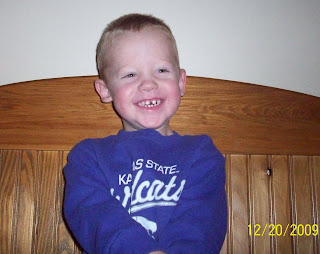 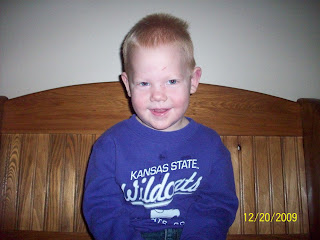 Tickle, tickle... (or maybe that is strangle, strangle??) 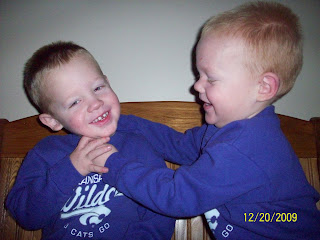 I swear he gets it from his father. 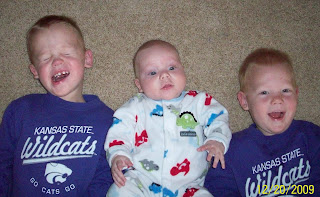 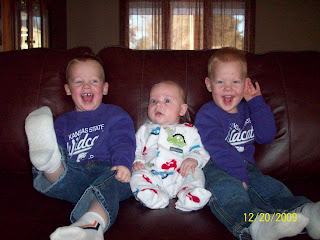