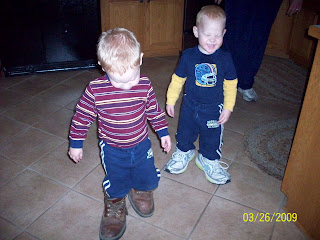 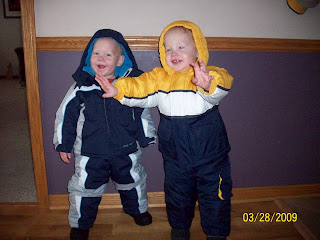 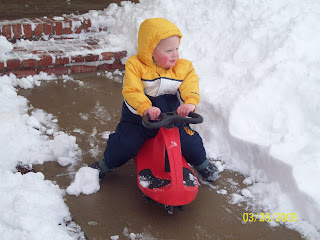 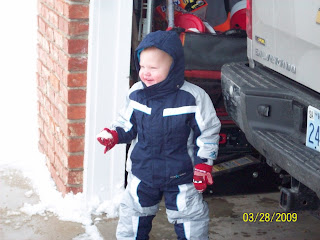 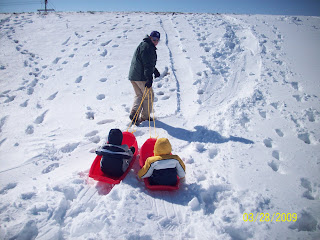 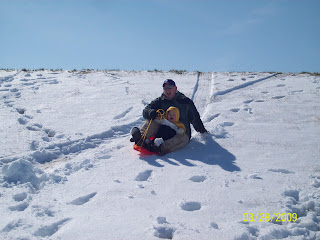 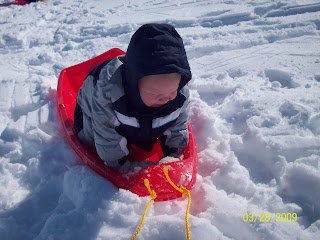 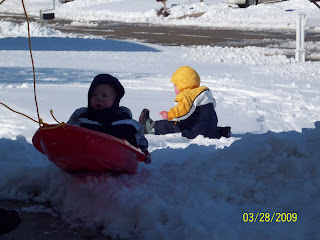 Things that make you go hmmmmm....

Should I feel guilty for keeping our kids up 2 hours past their bedtime to watch the opening round of NIT tourney in Manhattan? No, I shouldn't? Well, what about if those same two kids are laying on the bleachers and concrete floor telling us night-night b/c they are so tired?

Is it appropriate to allow each of your not-quite-two-years-old kid to drink an entire 20 oz Sprite simply so you can have a few moments of peace watching the game to then watch them spiral out of control into a sugar fit?

Should I be concerned that both boys were mesmerized and watched in complete fascination the Classy Cat dancers at halftime? I don't know what bothers me more...that they are boys that love watching pretty girls, scantily clad, dance all over or that I might be rasising the next mancer (man-dancer, yes I just made that up) for the Classy Cats.

And, how do you go about handling this situation? At halftime, Jorden runs straight up to a woman with a rather ample rear-end, smacks her butt in spanking fashion and then runs off laughing hysterically.

* You can force your sweet children to give each other a hug and a kiss each night before bed but that doesn't stop them from pushing one another down as soon as the hug is over.

* I am not sure how households with all boys ever stay completely intact. I guess we'll get nice, new furniture in oh, say, 18 years when the kids leave home.

* Taking 2 almost 2-year-olds to the ob/gyn to give a urine specimen is not an ideal activity suited for everyone staying calm and on task.

* In the above scenario, something else to avoid would be letting a 3-legged cat into the lobby of the doctor's office. But, if you do, in hindsight, it will seem much wiser to go put your children in the car first before trying to chase down that 3-legged cat with the help of your children. 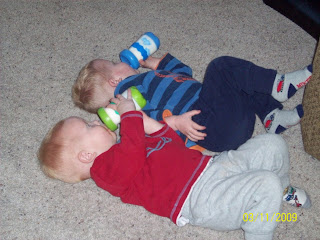 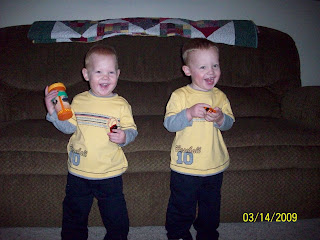 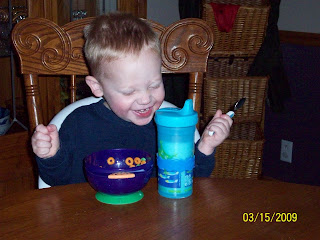 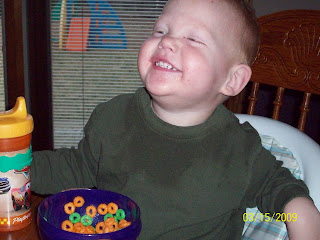 For safety reasons, of course...

I guess I am going to have to give up vacuuming. In a last-ditch attempt to make it appear that I do something around the house, I have committed the past few Friday mornings to doing all the laundry and fake cleaning. C'mon, girls you know what I mean by fake cleaning. Wiping off the counters in the bath, cleaning the toliets and telling yourself that NEXT week is the scheduled shower and floor scrub down, although that's what you said last week. Then, you dust only the areas that might be seen if someone stopped by and you Swiffer the kitchen floor, using the "next week" line on truly mopping it. You also are magically able to ignore milk splatters on the wall, handprints on the doors, etc. It's a gift, we as mothers (sane ones at least) have been given.

Anyways, I digress. I was vacuuming. Isaac typically pulls the cord for me and Jorden (reminiscent of his father) sits on the couch and watches me. Isaac and I are vacuuming the hall, the back bedroom and our room. As I finish, I notice Isaac right beside me but Jorden not running to see me, as per usual, when the vacuum is shut off. Hmmmmmmm, strange.

I put the vacuum away and begin looking for him as I am certain he is playing his "hiding" game. Apparently, he's gotten better since the last time he hid behind the couch. I went to the kitchen, noticed laundry room door open, which led to garage door open which led to door outside open. Bonner, our dog, has been released from the backyard by the gate, too. I race around front and where should my precious son be? 5 houses north playing in someone's yard with his watering pail. Seriously folks, it's for safety that I must stop cleaning.

And, as if my morning couldn't be topped, we had to go to Walmart. I was mad, needless to say but I had to return 2 packages of shower invites. It was almost worth the $10 of refund to just keep them. But, the tightwad in me won out. I'll only give you one small story to illuminate the whole experience. We stopped at the bank, first. The boys got suckers. Isaac dropped his sucker on the floor at Walmart. Panic seizes him and he appears to be winding up for a tantrum. I frantically weigh my options:

1. throw sucker away leading to massive toddler meltdown
2. suck it up, pick up his sucker, lick several times to "clean" it for him and move on in peace.

Anyone with children knows there is only one option. I licked it for him and handed it back to smiles and giggles from both children. Standing in line at customer service I try to figure out what is in my mouth. I finally pull out a short, coarse, dark, partially curly hair. I am quite certain it is not a hair from someone's head. Choke down puke and try to think happy thoughts.

Look lady, I don't know why you have that psycho look in your eyes. Whatever you are ticked off about, I DIDN'T DO IT! 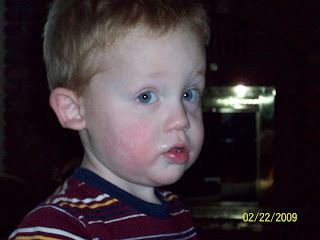 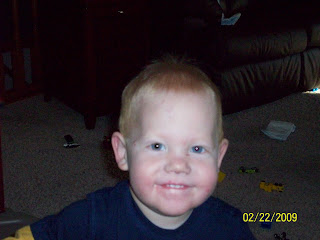 Well, maybe I know a little bit about how it happened... 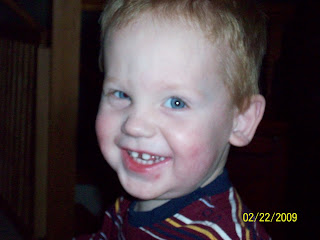 And, I know ALL about how it happened! 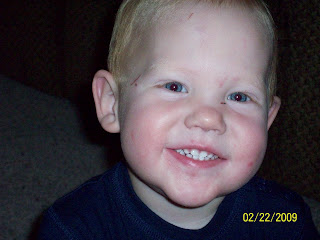 Lord, have mercy on this momma! These boys are ornery; can't you just see it!?! 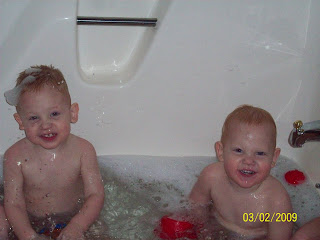 You know, surely you know, by now that I only go to Wal-mart when it is absolutely, no other option, I just gotta do it necessary. I was there today. And, only at Walmart:

* Will you not be able to find any parking spot, except one in the middle of the parking lot between two semi trucks, minus their tractor-trailers.

* Can you see a large and not perky (if you get my drift) woman in a clinging white t-shirt with no bra.

* Do you stand in line behind a couple that screams at one another about the different purchases in their cart, along with why their first two credit cards were declined at payment, dropping the F-bomb at least 10 times and calling upon our Lord at least half a dozen times (and not in a Southern Baptist Church revival manner!) all while their approximately 10-year-old daughter stands there.